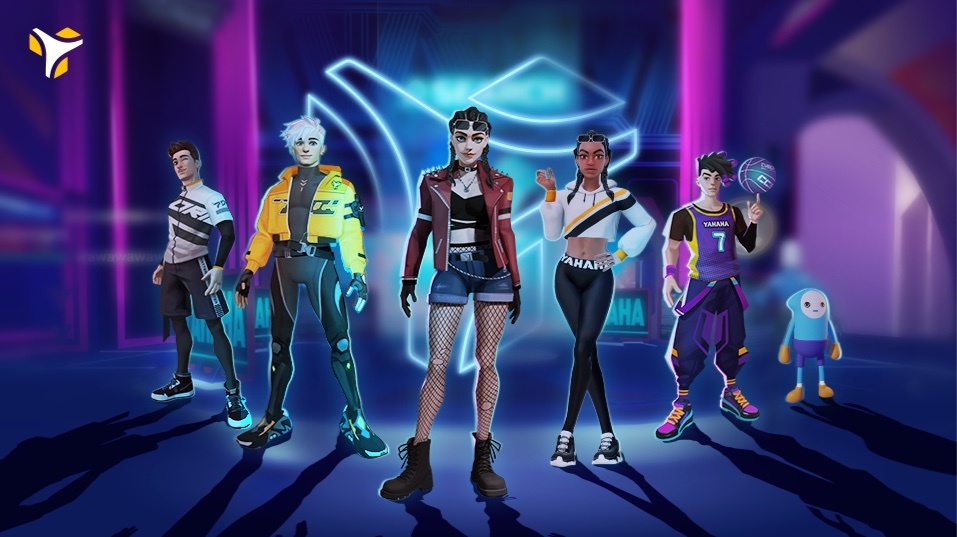 Yahaha, a Helsinki- and Shanghai-based immersive, user-generated, low-code gaming platform founded by a group of Chinese gaming vets, made a splash in January when it announced a cumulative $50 million in funding ahead of its alpha launch in April. Now, with 100,000 creators and hundreds of thousands of players, it’s raised a further $40 million to continue building out its product — specifically to bring in monetization features and more social hooks — as well as to hire more talent and for business development.

Yahaha is describing this as an extension to its previous round, specifically a “Series A+.” We are asking for an updated valuation, but for some context, when it announced funding 11 months ago, I was told that the valuation was a “few hundred million” (so in the wide range of $300-500 million). The raise and valuation both stand out against a backdrop of slim fundraising, especially for consumer startups.

Yahaha styles itself as a dual-headquartered company, but its investors in this latest raise are all out of China and greater Asia.

The company said it now has more than 150 employees, with offices in Helsinki, Seoul and Shanghai. LinkedIn, which shut down operations in China last year, notes that about half of the company’s employees registered on its platform identify as based out of Shanghai.

“Metaverse” as a concept has seen a lot of hype, especially earlier this year — spearheaded in no small part by one of the biggest consumer internet businesses of our time, Facebook, rebranding itself as “Meta” and going all-in on the concept.

A lot of that has not come to much so far, one big bellwether being Meta itself knocking back an own-goal in its own efforts.

However, most universally agree that gaming has been one of the few highlights, with gamers willing to pay for and use hardware and software to improve the immersive-ness of their experiences.

Yahaha is tapping into that opportunity and coupling it with another couple of big trends.

User-generated content has long been a popular aspect of gaming and entertainment overall, but more recently it’s taken on a more sophisticated, businesslike aspect: people who in the past might have created media for fun have now become “creators” who see business opportunities in building content and and using it to connect with audiences. Not all of those creators — not many of them at all, in fact — are “technical”, so that is leading to attention (and funding) for companies that are building platforms to help creators create and spin up their business opportunities without a lot of heavy technical lifting.

And that’s where Yahaha comes in. The company’s founders — Chris Zhu (CEO), Pengfei Zhang (COO) and Hao Min (CTO) — all worked together as engineers at cross-platform gaming engine Unity — indeed Yahaha has been described to me as being built in partnership with Unity — and their low-code platform aims to do all that heavy lifting behind the scenes.

With an eye to creators and the businesses they are building, the new features the product will be getting will include more “monetization modules” and other commercial developments, said Zhu.

“We’ve seen fantastic growth in YAHAHA throughout the Early Alpha stage, and with over 100,000 creators signing up to make content with us, we are building on a strong foundation,” Zhu said in a statement. “This round of funding signifies the next step we are taking with YAHAHA, opening up more creator experiences monetization modules. We are also continuing to pioneer by investing in key areas of the community and by building relationships with brands that share our values, aligning ourselves with experts in the fields of game development, 3D asset creation and more. With YAHAHA, we’re not just ushering in the next generation of entertainment, we’re supporting the next generation of creators and giving them the tools and the integrated virtual world platform they need to make great content. There is a litany of opportunities that await us in the virtual world, and we want to be on the cutting edge of it with YAHAHA. To do this, it’s imperative we continue investing in our team and in the community that got us to where we are right now.”

The big questions will be whether those noodling around in the early version will stay with Yahaha as monetization comes in, whether that monetization works, whether games are entertaining enough to get players to engage, and of course whether metaverse establishes itself as a permanent fixture in the market, rather than a passing stage, as gamers progress to the next level.