Maybe you’ve heard of Keyo. Perhaps you saw the initial round of press the firm did in 2017 — roughly two years after its founding. Or maybe you saw it pop back in 2020, riding the wave of news around Amazon’s lukewarmly received hand-scanner tech. You may have wondered precisely what’s been going on with the Chicago-based firm in the interim.

“I think we were probably a bit naïve in the beginning to underestimate the true complexity of this undertaking,” admits co-founder/CEO Jaxon Klein. “There’s a lot involved in building a global scale identity solution. We’ve been in deep engineering mode for several years now. We’ve put the last five years and millions of dollars into building what we really view as the first global scale biometric identity ecosystem.”

It’s not a unique case, in that respect. And may well mean that your organization is on the right track, if members of the press are willing to discuss your technologies at such an early stage. But the kind of technology Keyo has been working on is the sort of thing it’s important to get exactly right, given the security, privacy and financial implications of its biometrics.

“That early press coverage was us prematurely saying ‘hey, look what we’re doing,’” Klein adds. “It settled in what we were really doing and the reasons that no other companies were competing for the space and how just how long and hard the road were heading down. We then retreated from that and said, ‘okay, we have a lot to build and we need to go actually deploy this into the real world, work with real customers work with real users and make sure we’re doing it right.”

This week, the company’s got something to show for that work. Fueled by an aggregate $7 million in seed funding, the Keyo Network had previously been in beta. It’s a combination of hardware and software designed to bring palm scanning to a broad range of different markets and services. Today it’s announcing the Keyo Wave hand-scanner hardware, Keyo mobile app, third-party partner program and the Keyo Identify Cloud, which “enables users to instantly and privately identify themselves based on a simple scan of their hand at any business participating in the Keyo network.”

The Keyo team remains small, with 33 remote employees, though Klein says the firm has been hiring around an employee a week. Not huge growth, though he winkingly notes that at least the startup is bucking the current brutal trend in startup land. 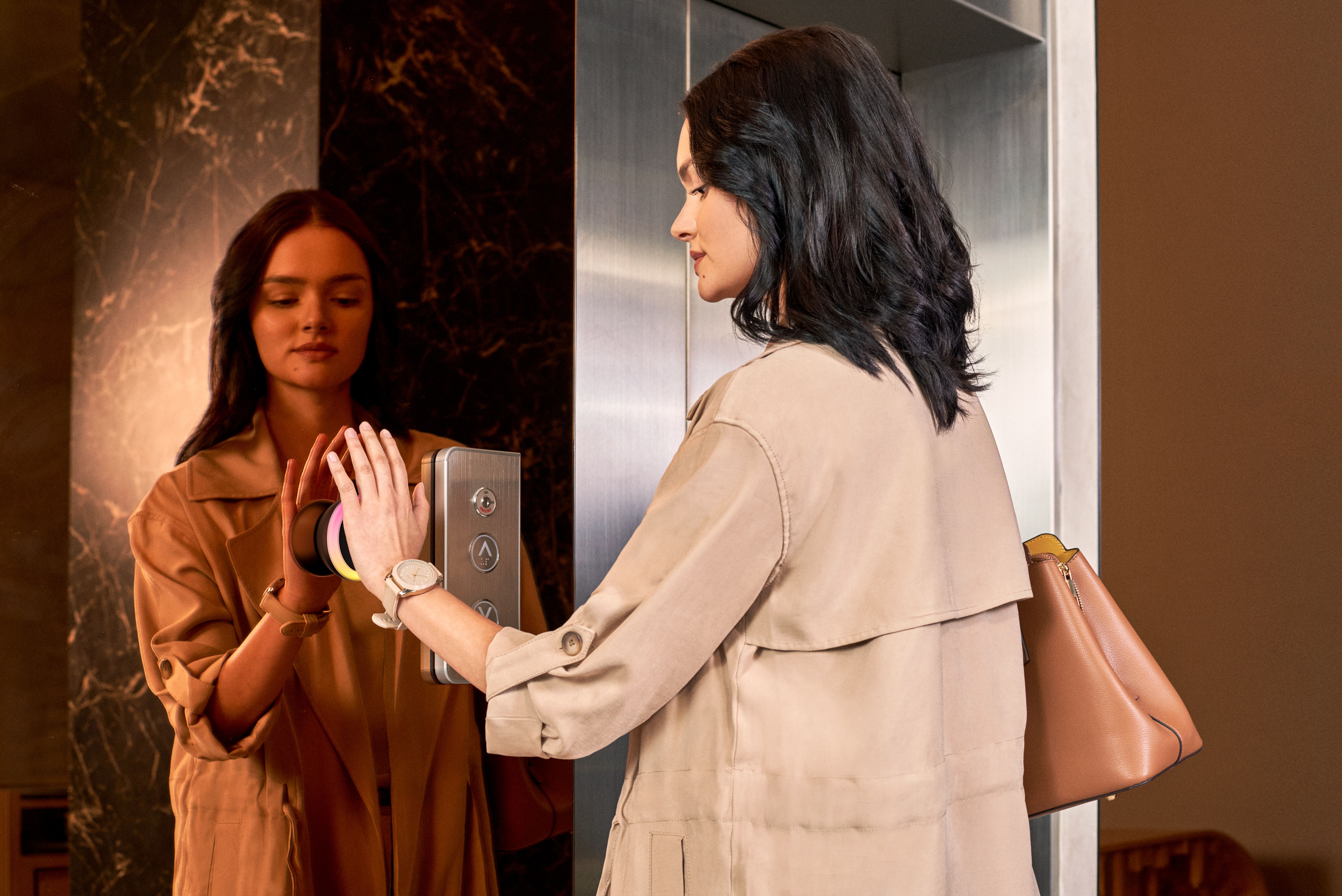 “One of the things we’ve gotten really good at is scalable supply chain deployment. We’ve deployed 15,000 devices just recently, and we manage our supply chain internally. Even pre-pandemic, we’ve been building out our supply chain in North America — largely in the U.S. We’ve built a lot of institutional knowledge and capabilities around operating and expanding supply chains. We are really unique in the hardware space — or part of a very small cohort — that designs and builds their own devices, that’s entirely distributed.”

The notion of replacing more traditional payment methods like cards — or even phones — with hand scanning will continue to attract its share of critics. That will only increase as massive corporations like Amazon adopt such technologies, but there’s little doubt the interest is there, at least with the corporations fueling such change.