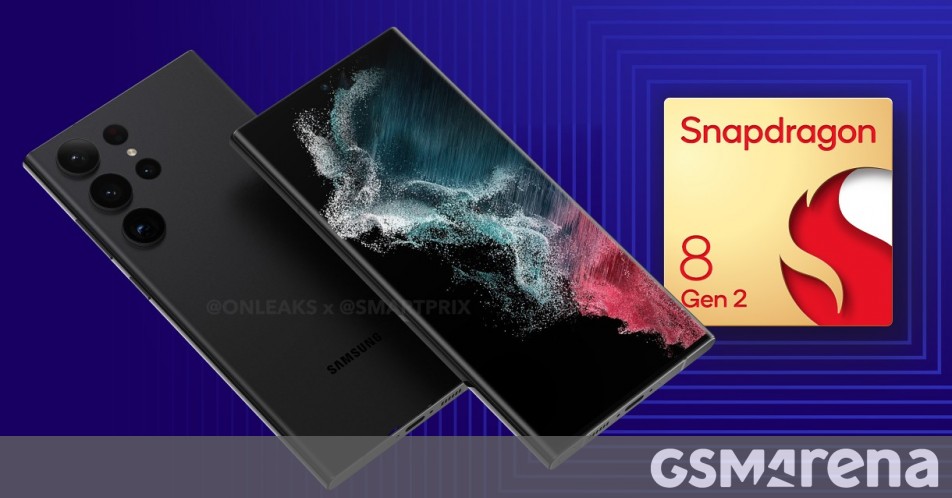 Some upcoming smartphones with the new Snapdragon 8 Gen 2 have already gone through Geekbench – the Galaxy S23, S23+ and S23 Ultra, for example. When they did it, the benchmark reported the following frequencies for the three clusters: 3.36GHz Prime core, 2.80GHz Performance cores and 2.02GHz Efficiency cores.

It’s not just the Samsung flagships, though, there are plenty of upcoming phones that will feature the 8 Gen 2 chipset. And we’ve seen benchmarks from some of those too, e.g. the vivo X90 Pro and iQOO 11. But look closely – the frequency of the Prime core on those is listed as 3.19GHz. That’s the value announced by Qualcomm too, 3.1872GHz was the exact figure given. So how come the Samsungs run at higher clocks?

A few days ago Ice Universe said that the European version will use an “exclusive high-frequency version” of the Snapdragon 8 Gen 2. However, the benchmarks we’ve seen so far came from the US models, so this is probably a global thing rather than a Europe-only thing.

Now the leakster adds more detail – the Prime CPU core will indeed be clocked at 3.36GHz instead of 3.2GHz. But also the GPU will run faster too – 719MHz, up from 680MHz.

It’s not clear whether this chip that is bound for the Galaxy S23 series will be dubbed the Snapdragon 8+ Gen 2 or something else. But it seems that Qualcomm and TSMC found enough headroom for a decent overclock.

Official numbers from Qualcomm claim that the 8 Gen 2 CPU is 35% faster than its 8 Gen 1 counterpart, the GPU is 25% faster. Given the overclock to both, this new version of the chip should be even faster. It’s hard to tell how much faster, though, as it is too early to read into benchmark results.