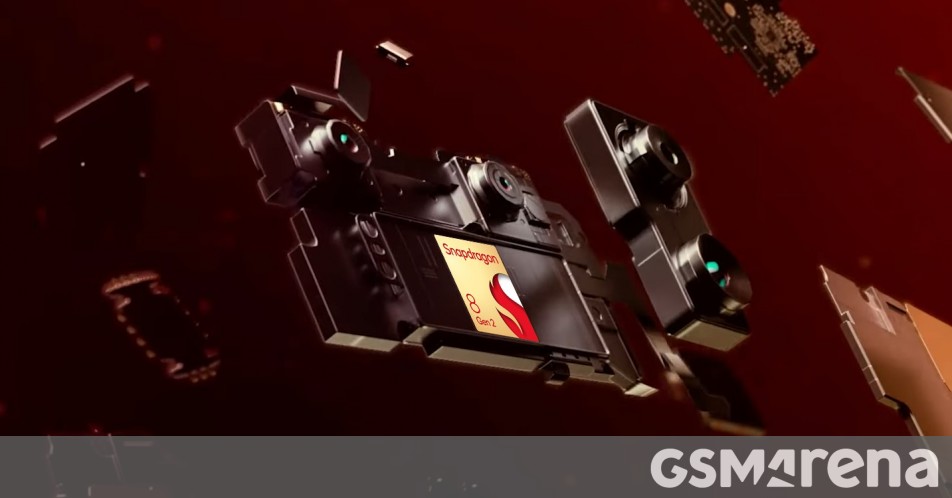 Qualcomm’s new Snapdragon 8 Gen 2 chipset was just unveiled and smartphone makers are already lining up to release a new premium phone with the flagship chip. What is the chip all about? You can watch the first official promo video, though it requires some explanation.

The video doesn’t spell it out, but it boasts about the triple 18-bit ISP that can handle three 36MP cameras simultaneously. Also, the new AI hardware can segment the image into face, hair, background and so on to improve portrait mode results.

Next up, water reflections – Qualcomm is the latest smartphone chipset maker to adopt hardware accelerated ray tracing. It’s the “next big thing” in console graphics, for example, and should start appearing in mobile games as well.

Anyway, after ray tracing the video dips into the topic of audio, but for more on that there is the second promo video. The latest Snapdragon Sound system natively supports spatial audio for a more immersive listening and gaming experience.

By the way, the Snapdragon 8 Gen 2 is among the first chipsets to support Wi-Fi 7 (802.11be). You can’t even buy Wi-Fi 7 routers yet, but once you do, the phone’s Internet speeds at home will also get an upgrade.