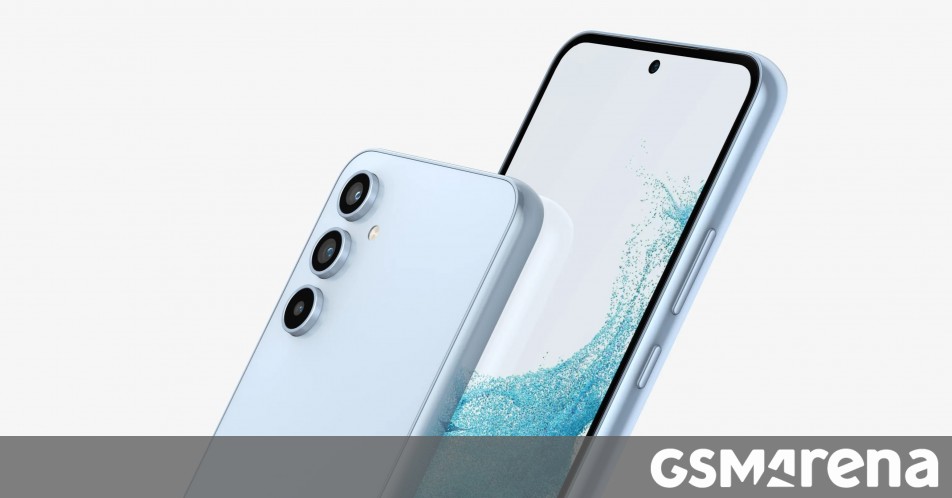 The Samsung Galaxy A53 was unveiled in March this year, but its successor – Galaxy A54 – is expected to arrive earlier, probably sometime in January 2023 instead of March. There’s no word from Samsung about the Galaxy A54 yet, but thanks to OnLeaks, we now know what the smartphone will look like.

The Samsung Galaxy A54 looks similar to the A53 from the front as it’s built around a centered punch hole display which measures 6.4″ diagonally, making it 0.1″ smaller than the A53’s screen. Although it has the same refresh rate (120Hz) and resolution (FullHD+) as the Galaxy A53.

Around the back, the Samsung Galaxy A54 sports three cameras instead of four like the Galaxy A53. These protrude from the flat panel since they aren’t housed inside a camera island like the A53’s shooters. 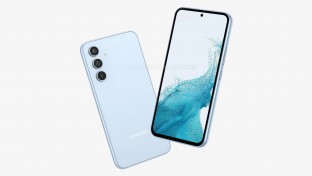 The Galaxy A53’s rear camera setup was headlined by a 64MP unit, but the Galaxy A54 is rumored to feature a 50MP primary camera.

The Samsung Galaxy A54 has a USB-C port at the bottom, flanked by a speaker grille and primary microphone. At the top is the SIM card slot with another microphone, while the smartphone’s right-side frame houses the volume rocker and power button.

The power button doesn’t appear to have the fingerprint scanner embedded, so chances are we’ll get an in-display solution like the Galaxy A53, which means the A54 will pack an AMOLED screen. 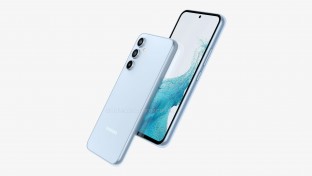 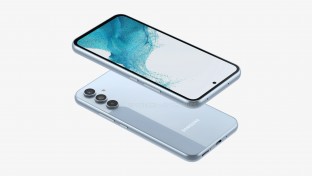 The Samsung Galaxy A54 has already bagged 3C certification, and we should hear more about it in the coming weeks as we inch closer to its expected launch.