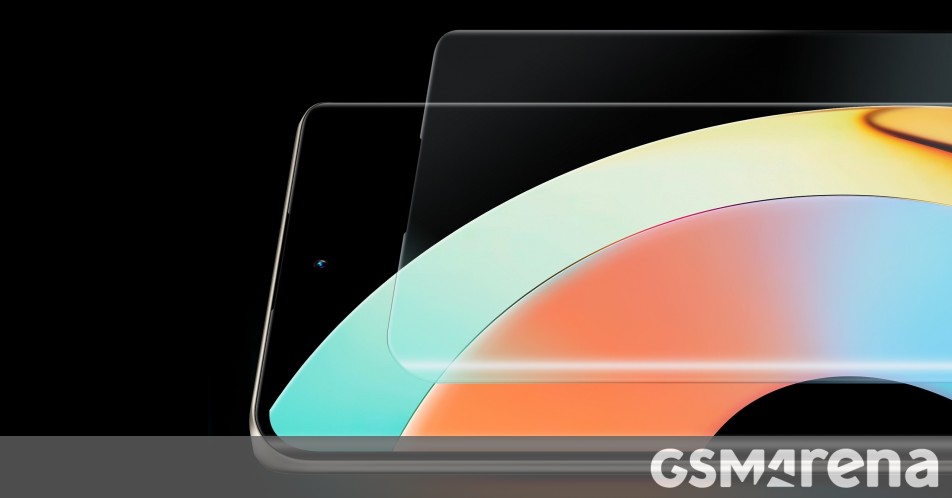 Realme is introducing its latest number series in China next week, and we expect to see the Realme 10 Pro and Realme 10 Pro+, as well as a 5G-enabled version of the Realme 10 that is launching globally tomorrow.

The company now teased key details about the screen of the 10 Pro/10 Pro Plus – it will have an ultra-thin 2.33 mm bottom bezel thanks to the COP Ultra technology. The teaser also mentioned 120Hz refresh rate and 61-degree curvature of the sides. The big question is whether these specs will be applicable to both Pro devices or only the Pro+ is getting the flagship-tier features. 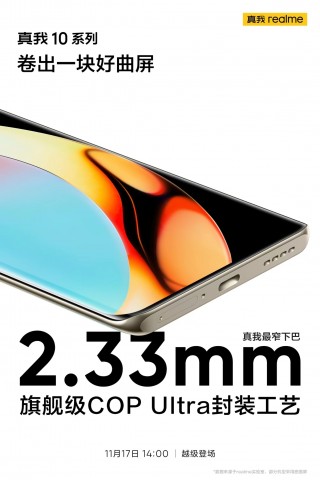 The Pro duo was also allegedly benchmarked, as phones with model numbers RMX3687 and RMX3663 appeared on Geekbench. If we can trust the listings, the former, being the more powerful, is the Realme 10 Pro+ and it reached 845 in the single-core score, 2,377 with multiple cores.

The results of the latter are less impressive, meaning the phone is indeed the 10 Pro, and the source code revealed an Adreno 619 GPU which is usually part of the Snapdragon 695 chipset. 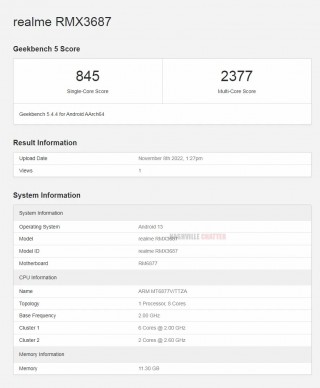 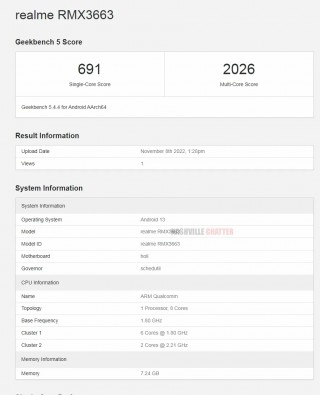 The Geekbench results reveal Android 13 out of the box, and we can hope they will have Realme UI 4.0 on top, which should be announced during the November 17 event as well.