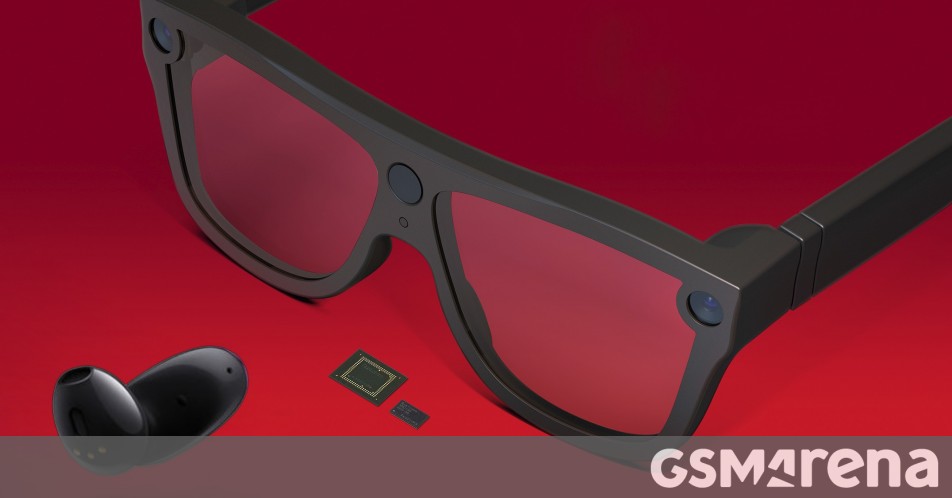 Qualcomm unveiled the Snapdragon 8 Gen 2 and among all the performance figures were notes on much-improved Bluetooth audio. Here is the other half of that equation – the Qualcomm S3 and S5 Gen 2 chips for wireless headsets. There is a new platform for wearables, AR glasses in particular, that was also unveiled today.

With the new Gen 2 platform Qualcomm continues its work on Bluetooth LE Audio. The new chips can work in conjunction with the Snapdragon 8 Gen 2 to transfer lossless audio from the phone to your ears.

These also support dynamic head tracking to enable spatial audio for a more immersive experience. They also come with improved Active Noise Cancellation that is paired with speech detection – when the headphones hear that someone is talking to you, they will enable passthrough so that you can hear too, without having to manually disable ANC.

The S3 and S5 Gen 2 chips are also designed with gaming in mind. They feature an even faster low latency mode than before – down from 68ms on the Gen 1 to just 48ms – and have a voice back-channel for good quality in-game chat.

They also support Auracast, which is the Bluetooth version of FM radio. A single transmitter can send to multiple receivers and no pairing is required before hand, just tune in. This can be used for sharing music with friends, connecting to TVs outside of the home (e.g. at the gym or airport), listen to public announcements in various venues and so on.

The Qualcomm S3 Gen 2 and S5 Gen 2 are designed for stereo headsets with lossless audio support as well as mid-range buds. Also, they can be used in wireless speakers.

Qualcomm’s new XR chip was announced alongside the Meta Quest Pro, now the company unveils the Snapdragon AR2 Gen 1 platform – as the name suggests, the focus here is on Augmented Reality glasses.

Since thin, lightweight designs are a priority, Qualcomm broke the platform out into multiple chips. This way the main processor takes up 40% less room on the PCB. The company managed to keep power usage under control (a problem with multi-chip designs) and says it can drive AR glasses while using less than 1W of power. The system uses half as much power as the older XR2 that powers the Quest 2. 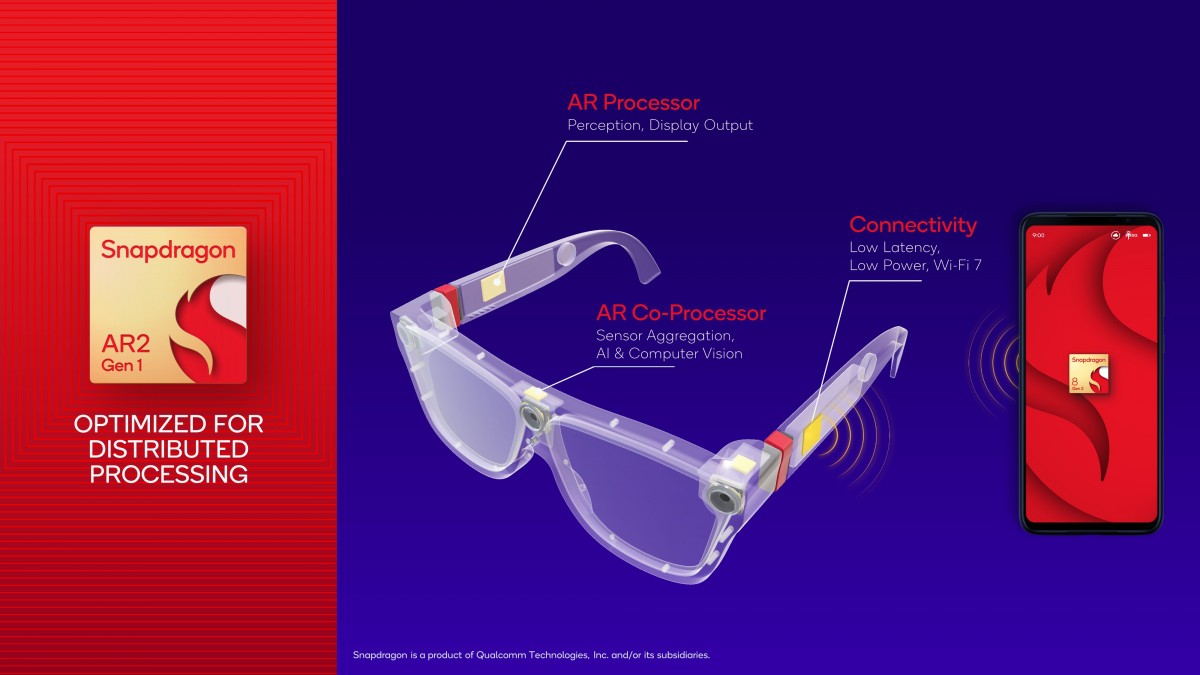 Latency-sensitive tasks are handled on the glasses, performance-heavy tasks are handed off to a Snapdragon-powered phone or a PC or another host device.

Part of the AR2 Gen 1’s duties include 6DoF and hand tracking. This can be done with up to 9 cameras and an AI accelerator that helps reduce latency. There is an AR co-processor that can do eye tracking and iris authentication, which enables foveated rendering.

For connectivity, Qualcomm used the FastConnect 7800 system, the same one that is inside the Snapdragon 8 Gen 2. This brings Wi-Fi 7 (802.11be) support with as little as 2ms latency between the glasses and the host device. 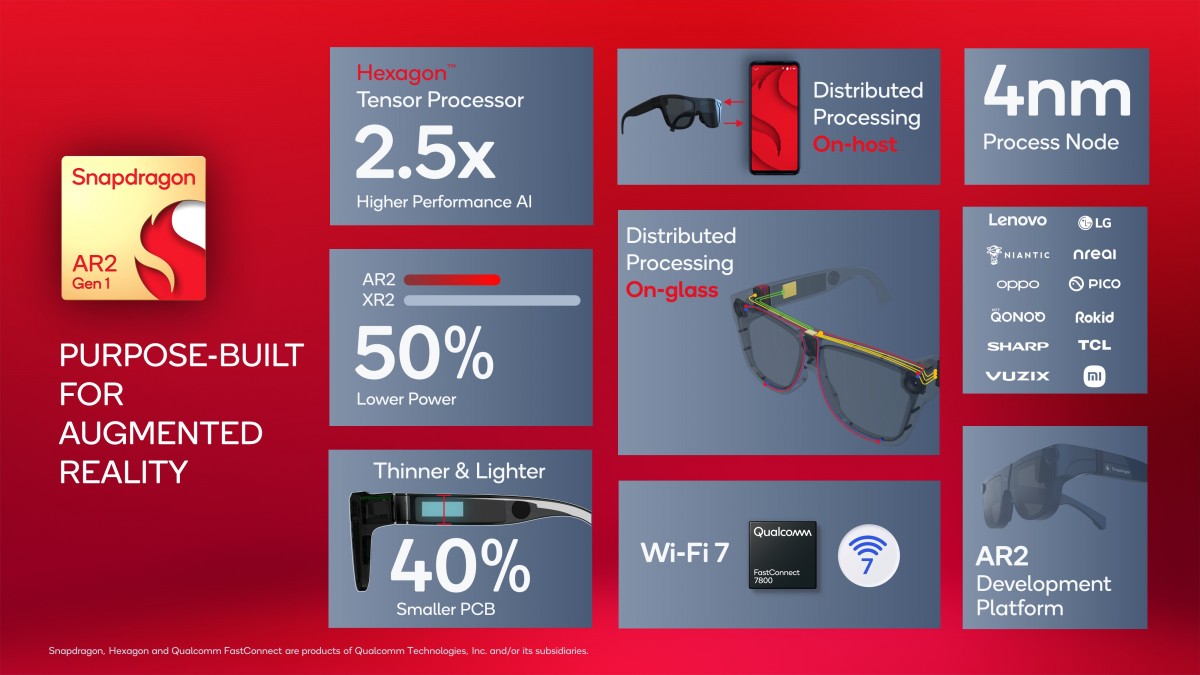 Qualcomm worked closely with Microsoft when developing the Snapdragon AR2 platform. The AR2 has garnered interest from multiple other companies, which are already developing glasses based on the new platform: Lenovo, LG, Nreal, Oppo, Pco, QONOQ, Rokid, Sharp, TCL, Tencent, Vuzix and Xiaomi.