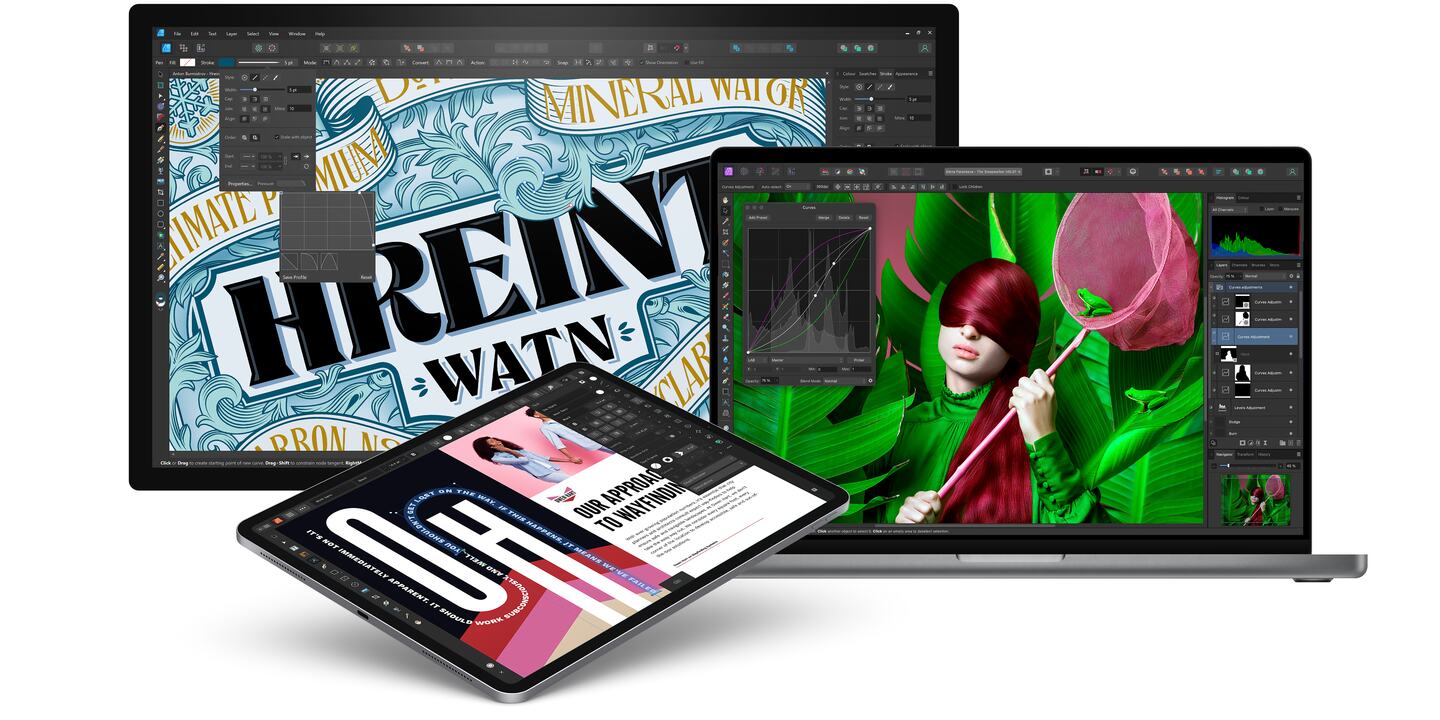 A great alternative to the Adobe lineup of apps, Affinity, has just launched version 2 of its apps across both the Mac and iPad.

Affinity Designer 2, Affinity Photo 2, and Affinity Publisher 2 bring a host of improvements to the creative suite.

For iPad users, the biggest news is that Affinity Publisher is now available on the tablet for the first time. Version 2 offers powerful page layout and design option for users.

Along with full iCloud Drive integration, the app offers iPad gesture controls, a Quick Menu for context-sensitive access to command, and more.

Some of the new features arriving in Affinity Designer 2 include vector warp, a shape builder tool, a knife tool, and more.

In Affinity Photo 2, you can take advantage of a non-destructive RAW develop feature. That allows you to go back and change the develop settings at anytime, even after adding more layers or file adjustments.

Just for the iPad version, there are additional new UI options like a radial menu that brings quick access to common modifiers in all tools.

With the launch, you can now buy a Universal License for $99.99. That’s a 40 percent launch discount. The license will give you access to all of the apps on Mac, iPad, and Windows.

Individually, you can buy each app on the desktop for a launch price of $40.99. That will eventually increase to $69.99 each.

You can find out more and make a purchase directly on the Affinity site.

The Affinity suite of apps have always been a cost-conscious, and subscription-free option to Adobe’s similar offerings. And with the update to version 2 across Mac, iPad, and Windows, it’s an even better choice.