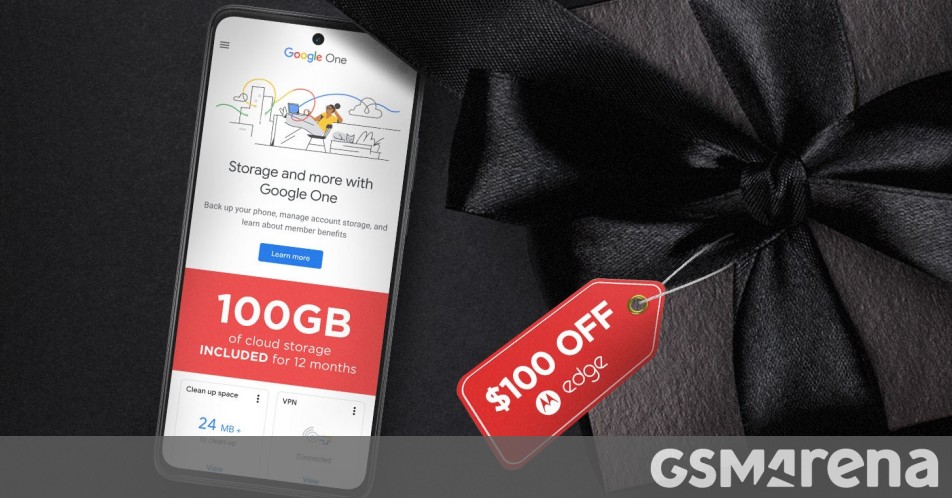 The US market is kind of limited when it comes to choosing Android vendors, but Motorola (now under Lenovo’s wing) is still holding strong. The company has decided to clear out some inventory and slashed the prices of older and not-so-old devices. Here are some of its Black Friday deals.

We’ll start with the Motorola Edge (2021), which we mention quite often as it is a solid, affordable mid-ranger. It offers a 6.8” 144Hz IPS LCD and a fairly capable Snapdragon 778G chipset, plus a 108MP main camera and a 5,000mAh battery (30W fast charging). It’s no flagship killer, but it’s hard to find better specs at $300. Note that this launched with Android 11 and Motorola rarely does more than 2 OS updates.

There is also the vanilla Motorola Edge (2022) at $500, but to save that $100 compared to the plus model you lose the flagship chip (it’s powered by a Dimensity 1050) and the ultra wide camera drops to 13MP resolution (the selfie cam is downgraded as well). If you’re considering this one, have another look at the 2021 model. Note that the 2022 version comes with a free 12-month subscription to Google One with 100GB cloud storage, which offsets the cost somewhat (but not much, it’s $20 a year).

We would pick the Moto G 5G over the Moto G Power (2021) and not just because it has 5G. The cheapest version of the Power is $110, but that’s only for a 3/32GB configuration, the 4/64GB version costs $130. Seeing how both have low-res screens (HD+) and only one actual camera on the back (500/48MP), we’d rather get the extra storage and faster connectivity. Still, those $40 extra represent an over 30% surcharge, so if $110 is the maximum you’re willing to spend, the G Power isn’t a terrible choice.

We mentioned that Motorola is trying to clear out inventory and we meant it – there is an original Motorola Razr foldable from 2019. At $1,000 off it may sound like a great deal, but that still means $500 for a three year old Snapdragon 710 phone. Also, this is a Verizon-only handset with no SIM slot.

The 2020 release (which at least has 5G) is also heavily discounted – at $700 off, it costs $700 (the first two Razrs were quite overpriced). That makes it one of the cheaper foldables, but again it is hard to recommend. A two year old phone with Snapdragon 765 for $700 is a tough sell.

Unfortunately, the Razr (2022), which actually a good phone, is not part of the discounts. In fact, the latest Moto foldable still isn’t available in the US, so discounts are out of the question.

By the way, Motorola is accepting trade-ins, which can further reduce the prices listed above. Also, you can pay in one lump sum or split it up into monthly payments.