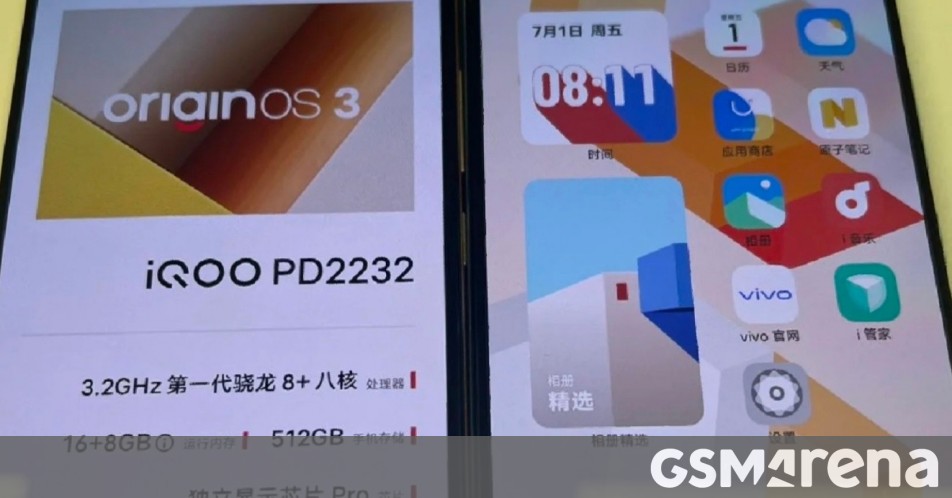 vivo’s sub-brand iQOO launched its Neo7 smartphone in China just last month, but the company is expected to introduce two more members of the Neo7 family in December. Those will be called iQOO Neo 7s and Neo 7 SE and we’ve just had our first meeting with them.

A live images of the two phones surfaced and confirmed that the Neo 7s will run on the Snapdragon 8+ Gen 1 chipset, while the Neo 7 SE will run on the still unannounced Dimensity 8200 chip.


Alleged live image of the Neo 7s and 7 SE

Additionally, the image confirms a 16GB/512GB variant will be available for the 7s, while the source that provided it mentions 120W charging for the Neo 7 SE.