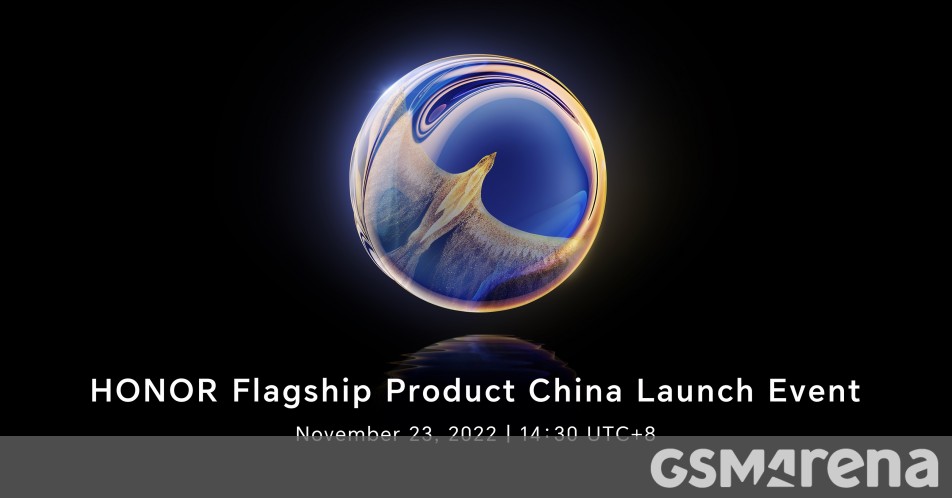 Honor confirmed its next flagship smartphone will launch on November 23 at a special launch event in China from 2:30 PM local time (6:30 UTC). The phone in question could be the Honor Magic5 which is expected to debut the upcoming Snapdragon 8 Gen 2 chipset that’s set to debut at next week’s annual Snapdragon Summit.

Based on rumors, Magic5 should bring a 6.8-inch display with PWM dimming, a 50MP main camera with AI ISP running, 100W wired and 50W wireless charging. The phone will also be IP-68 rated and we can expect it to boot the latest iteration of MagicOS based on Android 13. We’re likely to see more teasers from Honor in the days leading up to the event so we’ll keep you posted.