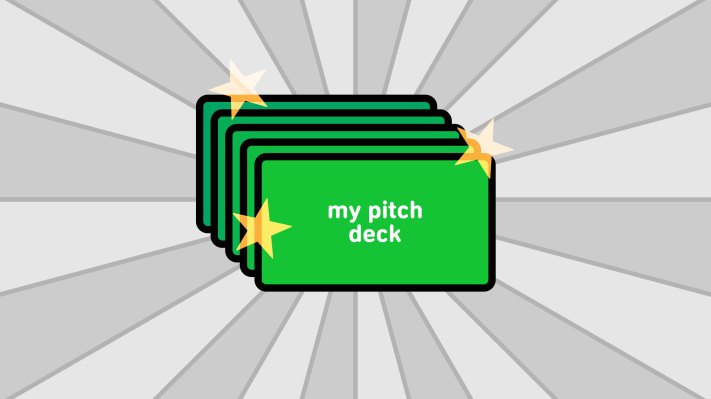 The crew here at TechCrunch has done a lot of writing about making amazing pitch decks over the years, and I figured it was time that I put together a collection of all of it in one handy spot.

A lot of these articles are part of TechCrunch+ — TechCrunch’s premium subscription product. I’ve marked them below so you know which ones you need a subscription to read. Perhaps I’m just a teensy bit biased over here, but I’d say it’s definitely worth subscribing to get access to all of this content. (And we’re having a Labor Day sale at the moment!)

On top of all of the pitching info, with a TechCrunch+ subscription, you get access to a ton of in-depth analysis that’ll help you find investors, build a better company, and be a more successful founder.

Should you / can you raise money?

Before you start pitching

Some of the slides are trickier than others; I made an annotated template that a few hundred startups have used to raise money successfully, but it turns out that even with a good template, there are pitfalls and things that can go wrong. Here are a few articles we wrote to help you crack some of the more challenging parts of the pitch.

During the pitch process

If you’ve been looking around on the web, you’ll have figured out that it’s exceedingly rare to find recent samples of pitch decks that were successfully used to raise money. That’s what I’m trying to change with the TechCrunch pitch deck teardowns.

It’s a series that’s been running for a while, with pitch decks for companies of all different sizes and stages of fundraising. These teardowns include three things I love, three things I’d improve, a bunch of general observations about the deck, and the full deck for you to take a closer look at.

And a full list of the pitch deck teardowns to date:

Oh, and if you want to submit your own pitch deck for a teardown, I’ve written a bit more about how to do that, too.

Is there something missing? Is there an aspect of fundraising you’ve always wanted to know more about? Ask! I’m easy enough to reach on Twitter (DMs are open!) or throw some words in an email to [email protected].