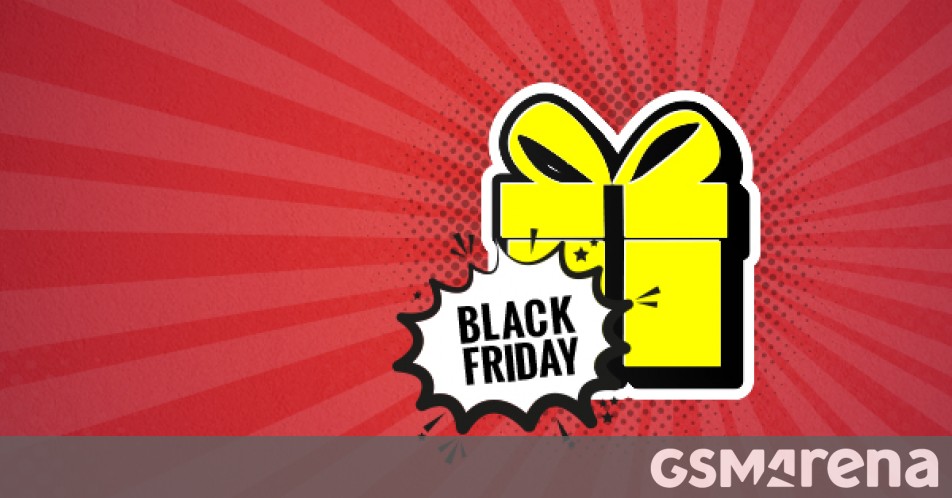 The Black Friday shopping spree frenzy is almost over and we’ve gathered a list of the best deals in the world of tech from the biggest shopping event of the year. Some of these deals may be over by the time you get to them and some are region specific so be wary.

Best phone deal in the US

It’s hard to beat a phone like the Pixel 6a at its regular MSRP of $449 but Amazon slashed its price to $300 which is great value for what’s arguably Google’s most competitively positioned smartphone.

Our list of best Black Friday deals on US phones

The smartphone deals in Europe are going strong and one of our top picks here is the Realme GT2 Pro. It’s a Snapdragon 8 Gen 1 powered phone. This one stands out with a QHD+ 120Hz LTPO2 display and a 50MP 150° ultra-wide camera. This phone really lives up to the name “flagship killer” as it undercuts the OnePlus 10 Pro price while offering most of the same features (well, except the periscope and wireless charging).

Our list of best Black Friday deals on EU phones

The tablet deal of the week belongs to the Samsung Galaxy Tab S8+ which was discounted to $750 on Samsung US and €750 on Amazon DE. This deal is for the Wi-Fi-only model with 256GB storage.

Our list of best Black Friday deals on tablets

It wouldn’t be a proper Black Friday experience without a good deal on some headphones and we’ve got you covered with the Sony WH-CH710N at $68/€66 on Amazon. These over-ear noise-canceling headphones from Sony were originally released back in 2020 but their massive discount makes them a great buy all these months later.

Our list of best Black Friday deals on headphones

There are several noteworthy smartwatch deals but we believe the Fossil Gen 6 is a great buy at $189/£139/€149 on Amazon. It’s a stylish and capable Wear OS smartwatch with all the health and fitness tracking as well as GPS and NFC connectivity.

Laptops are an essential tool for work, study and leisure and there are plenty of good deals on all kinds of devices going on. Our top pick is the Asus ROG Strix 17 going for €1,500 on Amazon. It’s a beast of a laptop with AMD’s Ryzen 9-5900HX, RTX 3070 graphics and a massive 17.3-inch 2K IPS display with a 165Hz refresh rate.

Our list of best Black Friday deals on laptops

Good PC peripherals are always a must and a good mouse is a starting point for many. Razer’s DeathAdder V2 Gaming Mouse is heavily discounted and is our top pick from the category.

While most new phones are great point-and-shoot cameras on their own, a proper DSLR or full-frame mirrorless camera will evolve your shots to new levels. We believe the Panasonic Lumix S5 is the best-kept secret in the world of cameras and it’s a great investment for budding or experienced photographers.

Our list of best Black Friday deals on digital cameras