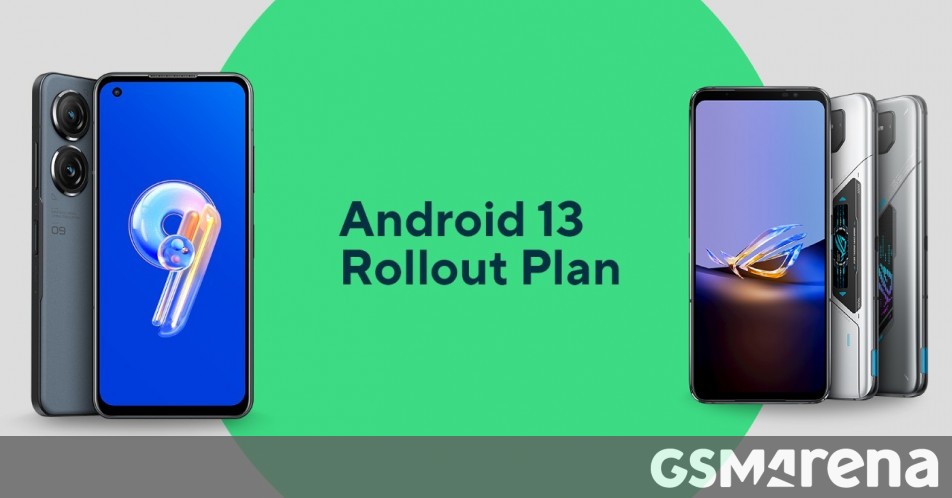 Asus announced an Android 13 beta program for the Zenfone 9 back in August and the phone is almost ready to receive the stable version – the company just announced its official Android 13 rollout plan for this and several other phones. It is relatively short, especially on the Zenfone side, but Asus only promises two major updates and some already used up theirs.

Here is the official timeline, for the Zenfones on the left and for the ROG Phones on the right: 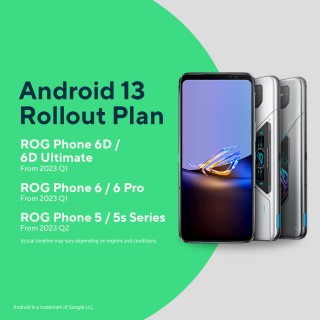 The Asus Zenfone 9 will get the update this December, the Asus Zenfone 8 and Zenfone 8 Flip will get it in January. The 8-series launched last year with Android 11 and were updated to Android 12 in December, this should be their second and final major OS version. The Zenfone 7 and 7 Pro launched in mid-2020 with Android 10 and went up to version 12 (and are not on the list for 13).

Going over to the Republic of Gamers, first in line are the Dimensity 9000+ powered ROG Phone 6D/6D Ultimate and the Snapdragon 8+ Gen 1 based ROG Phone 6 and 6 Pro – they can expect Android 13 in the first three months of 2023. The ROG Phone 5/5s series will get it in the second quarter.

Note that the rollout will be gradual, so Zenfone 9 users shouldn’t expect the update to arrive on December 1. Also, there may be unforeseen delays.