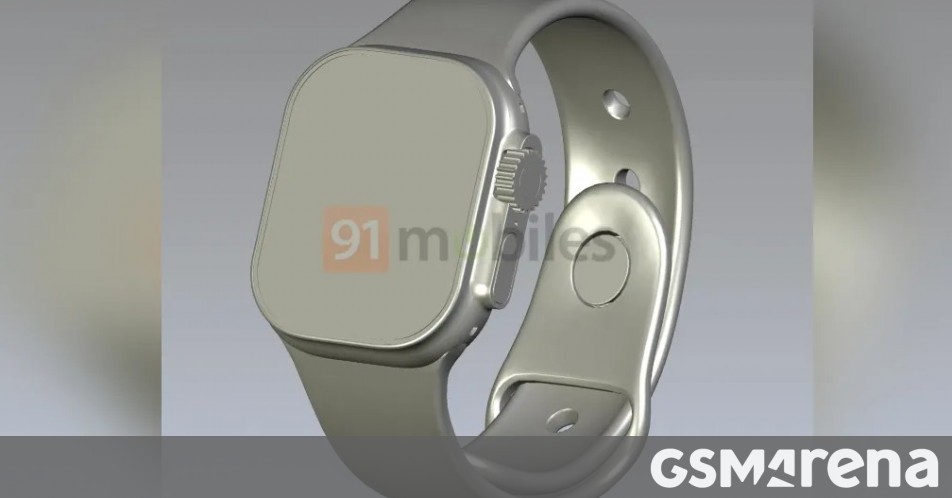 Apple is getting ready to host its traditional yearly September event this Wednesday, and it’s expected to unveil the new iPhone 14 family alongside new smartwatches. One of those, the tentatively named Apple Watch Pro, would be the highest-end, most “Pro” wearable the company has ever made.

And today, less than 48 hours before what could be its official unveiling, the Apple Watch Pro has been caught in some CAD-based renders. They show a chunkier model than past Apple Watch iterations, and rumors claim it will have a 47 or 49 mm case and an almost 2″ display which will apparently be flat, to better protect it from impact.

That’s because, as the speculation goes, this will be a device aimed at competing with the likes of Garmin – a wearable for athletes and people who like to do outdoorsy stuff. Hence the bigger size and presumably increased ruggedness. It even has an extra button on the left side, although right now it’s unclear what that’s for.

The bigger size will allow for a bigger battery, and according to past leaks the Watch Pro will have a titanium casing and a low-power mode. All of this might end up costing you dearly, however, as the rumored price point for this smartwatch is $900 to $1,000.

If for some reason the Apple Watch Pro (or whatever it’s going to be called) won’t be announced this week, then there’s always Apple’s October event to take care of that – this is when new tablets and computers generally see the light of day, and it may be the same this year.