Amazfit launched the GTR 4 smartwatch in India last month, and next week, on November 8, the company will introduce the Band 7 in the Asian country. It will be sold through Amazon.in and Amazfit’s official Indian website from the same date.

The Amazfit Band 7 is priced at INR3,499 ($42/€43), but it will be available for INR2,999 ($36/€37) on November 8 as a part of the launch day offer. It will come in two colors – Classic Black and Elegant Beige. The Pink model won’t be available at launch even though it’s included in the promo materials. That said, you will have the option to customize the smart band with four strap colors – Pink, Orange, Blue, and Green.

The Amazfit Band 7 runs Zepp OS and sports a 1.47″ color AMOLED touchscreen with a resolution of 368×198 pixels. The display is covered with tempered glass and has an anti-fingerprint coating.

The Band 7 supports Always-On Display and more than 50 watch faces. It also has eight customizable watch faces, and users can create their own by uploading photos from the connected devices. 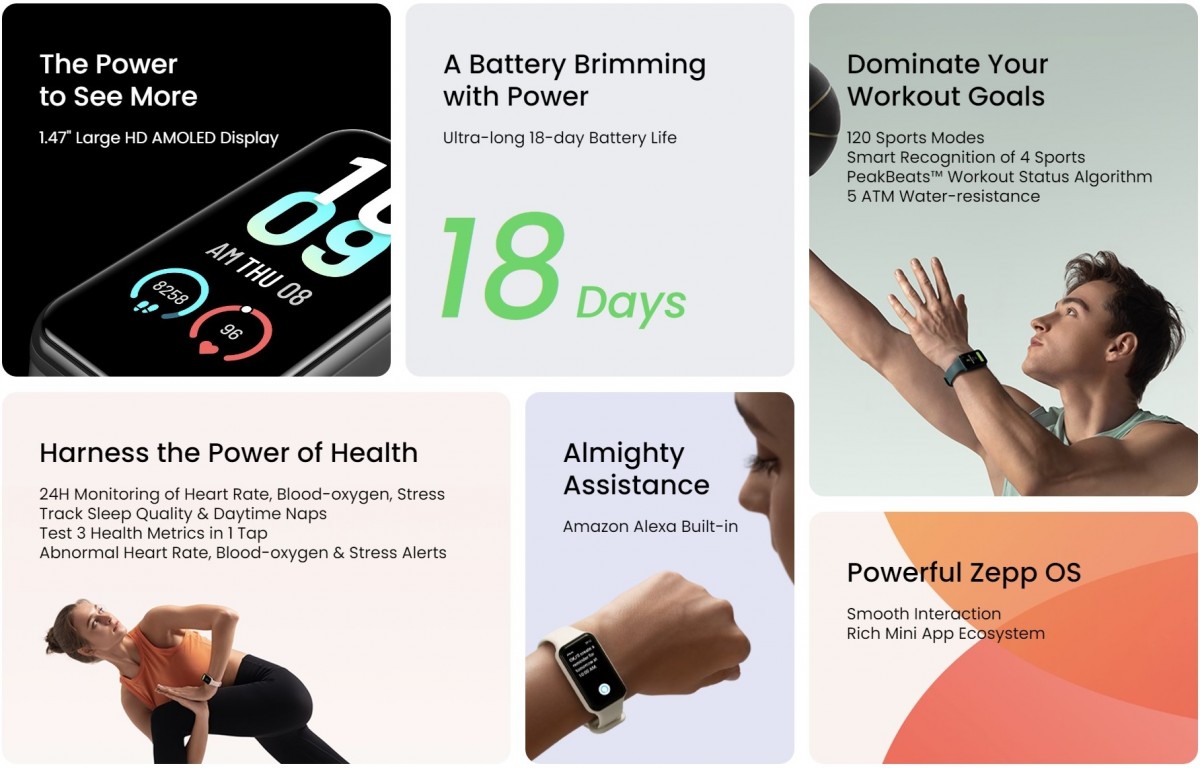 The rest of the Amazfit Band 7’s highlights include 5ATM water resistance, built-in Alexa, and Bluetooth 5.2 BLE. The Band 7 doesn’t have a built-in GPS, so it relies on the connected smartphone’s navigation system for route tracking.

The Amazfit Band 7 is compatible with Android (7.0 and above) and iOS (12.0 and above) devices and packs a 232 mAh battery advertised to have an endurance of 18 days in a typical usage scenario and 12 days in a heavy usage scenario. Once the battery is completely drained, Amazfit says a full charge with the bundled charger will take about two hours.